Posted on December 23, 2016 by thelostkerryman 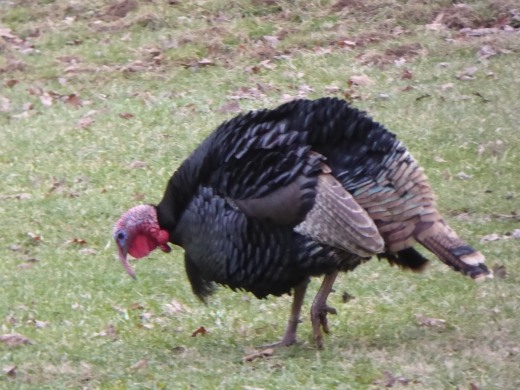 a long, long time ago in a state of mind far, far away, things were different. people were different. even animals were different. and some of it was good. people knew to throw out expired food, smart people did not converse using infantile slang like “bae” or “vacay,” and the pope was not as left-wing as your dumbest presidential candidate.

yes, there were still clowns, and yes, many of them were in politics, but the woods were not filled with scary clowns during election cycles.

other cycles, like menstrual cycles, and motor cycles, were not wildly popular with those who did not have to mess with them.

back then, you could order a mess of beans, or go foraging for a mess of wild onions armed with your STALKING THE WILD ASPARAGUS. you might entertain romantic ideas about a creature in the woods, without being relegated to a fake news channel.

but you might be relegated to other things….like being picked last when it came to choose players for dodge ball, an aggressive sport Snowflakes would not survive during the long wintry process of choosing sides.

choosing to procrastinate in school was much easier then. the “ubiquitous they” did not inflict students with multiple remedial classes when they forgot to do their homework, lost their essay in the lawnmower, or simply decided to be an anarchist for a six weeks grading period.

still, not everything within that period was peachy keen. if you were ugly, you were told you were ugly, and to what extent. if you were pretty, every last single guy in school wanted to shove anonymous love notes into your locker (from a “secret admirer”) because as a young man it was not as painful a process to imagine yourself waking up to that face every morning.

but, there were only so many pretty girls…and someone…usually a nice guy like you…was left with the turkeys. not wild turkeys, mind you, but the kind of turkeys only a turkey could look at every morning. and you knew that if you married that turkey, you would wake up every morning to…ugly.

and hormones being what they were…back in the day before video games took away the testosterone…even a turkey had a hope, as long as she did not stumble and fall while trying to balance her weight as she clucked forward.

so the boy who was always picked last ended up being chosen last in the turkey trot of high school life, despite his efforts to avoid the tournament completely and claim celibacy and a longing for the monkhood, ended up face to face with a not-so-wild bird who teetered and tottered. Feeling sorry for the bird, the boy, feeling like a pinball wizard, decided to take a walk on the not-so-wild side.

alas, the poor hormones, completely befuddled, failed to see the truth right before their eyes. and before taming them, the boy overshot his pinball and tilted the game. the turkey saw that she was indeed ugly, but she had a great personality. unlike  the other turkeys that fought gravitational pull, she stopped eating everything in sight, became the face every boy wanted to wake up to, and ended up a beautiful princess.

Thelostkerryman is an author, and entrepreneur, living in the forests of a consistently confused country. Here in this hill country, hurling doesn't usually involve a hurley; store-made soda bread has the consistency of a sea sponge; and Kerrygold butter has finally found a permanent place on the grocery shelves everywhere. His blogs are an account of his adventures, thoughts, eclectic -and eccentric- ramblings, random or insightful poetry, humor and non-humor, pictures (photos), video, essays, fiction, poetic fiction, nonfiction, drama, and writing he has not classified in the description above. All of his posts from thelostkerryman.wordpress.com, talesinastrangerstrangerland@wordpress.com, everydayasadisciple@wordpress.com, and mrandmrsboring.wordpress.com are copywrited according to international copywrite law.
View all posts by thelostkerryman →
This entry was posted in Euell Gibbons, Life, love and tagged adolescence, beautiful, before video games, crushes, dating, growing up, high school, hornmones, pinball, romance, time warp, turkey, ugly, youth. Bookmark the permalink.

2 Responses to Stalking the not-so-wild turkey